Drop us a line

The First Somali Takaful and Re-Takaful is fully licensed and Managed by a team of qualified and experienced professionals and supervised by a distinguished Sharia’ Board, Our Company is incorporated under the laws and regulations of Somalia. 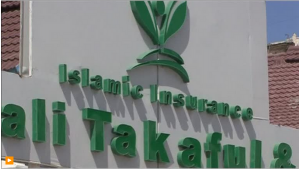 (Reuters)People in Somalia are now able to buy insurance policies in the country as the private sector drives recovery efforts after years of conflict.

First Somali Takaful and Retakaful Company which opened in Mogadishu late last year is a new player that wants to revive the insurance market which was previously nonexistent.

Abdinor Ilmi is at the company’s office to take a cover for car insurance.

“I am very happy to have my car insured because the insurance company will take care of me if there is an accident. It is the first time I am signing up for this service,” said Ilmi.

The insurance firm is hoping to cash in on an increasingly enticing market as Somalia strives to cement security gains against al Qaeda-linked insurgents and spur an economic recovery.

Al Shabaab, which once controlled Mogadishu and large chunks of territory in other regions, was driven out of the capital in 2011 and has been losing ground since then. But it still launches frequent guerrilla-style attacks and has struck across the border in Kenya in recent months.

People and their property have been prone to risks for years and the company says getting them to secure assets and their lives has not been easy.

Abdiwahid Ahmed Guled, is one of the directors at First Somali Takaful and Retakaful.

“The main challenges we faced is that lack of information about insurance in Somalia. It has taken some time to persuade people to insure their property at an affordable price but we are also working with clients from the diaspora and business people in the city,” he said.

The company plans to expand to cover businesses in a country where traders have suffered huge losses in attacks launched by militants over the years.

They also want to encourage young people to save their money through various available products.

“We have been working for some months and we have more than 200 clients. As you see this gives us great inspiration in a short period of time and we expect to get more than 5000 clients before the end of this year,” said Guled.

Civil war has starved Somalia’s government of cash. It wants to attract investors willing to stump up hundreds of millions of dollars to fund large-scale energy and transport projects.

But the risks remain high. Al Shabaab suicide bombers have been able to attack sites in Mogadishu with alarming ease while peacekeepers still patrol the streets in armoured vehicles.